I don’t remember how I got introduced to Bob Dylan’s music, but I think it was probably by my dad. The first time I saw Dylan perform live was in July of 1987, at JFK stadium in Philadelphia, as part of that summer’s tour with the Grateful Dead. My friend Derek and his parents invited me along. I was seventeen. I remember fragments — it was very hot, and there were so many people. I wasn’t a particular fan of the Dead, but it was a big, intense show. It was thrilling to hear Dylan. A few years later, I saw him perform again, on his own, in Boston where I was in college. I think that show was at the Boston Opera House — obviously a much different venue and vibe than JFK in July.

Years after that, I saw the documentary (I cannot for the life of me remember the title — MAYBE it was this one?) that inspired me to write this poem:

Dylan Plugs In At Newport

“Maybe he didn’t put it in the best way. Maybe he was rude. But he shook us.”
— Jim Roony

The crackle of the amp, the whine. The thunk
of the pickup sliding home. The unthinkable.
The first pluck sounded like a big fuck you
to Pete Seeger, who cowered, hands clapped
to his ears, rocking back and forth in disbelief.

The flat electric guitar body looked soulless,
and the crowd thought they were getting flipped
the bird by that long, skinny neck he fingered
to Maggie’s Farm. And who were these friends
of Dylan, these black men backing him up
with music and bodies that didn’t fit?
What did he think he was doing?

It is said the crowd booed him, but the evening
sounded more like a wail, a noise of panic and confusion.
The sound the rabbit makes only when it’s dying
in the jaws of the murderous dog.

The decade snapped open like a cracked skull.
What poured out looked like a bad marriage —
the folkie soul and the rock and roll moves.
Joan Baez and Ike Turner. That bad.

Later we would love him more for pushing us over,
for the elbow in the guts, the unrelenting riff
and jangle, but that night we couldn’t say
what we saw and heard; that long ago night
when possibility bled once more
from an artist’s fingers, slid from his throat.
When, once more, we groaned against it,
we threw up our hands, we resisted.

This poem was first published in 2003 in the literary journal 5AM. In 2019, it appeared in the anthology, Visiting Bob: Poems Inspired by the Life and Work of Bob Dylan. It was (still is!) a thrill to be included in that anthology alongside work from Patti Smith, Johnny Cash, Charles Bukowski, Anne Waldman, Robert Bly, Dorianne Laux, Yusef Komunyakaa, Allen Ginsberg, Lawrence Ferlinghetti, Diane di Prima, Eileen Myles, and others whose work I really admire.

I use a “we” in this poem that might imply that I personally witnessed Dylan perform at Newport in ’65, but I wasn’t actually there. I wasn’t anywhere yet, not having been born. In retrospect (it’s nearly 20 years since I drafted this poem!) I think I’m “borrowing” the “we” from the Roony epigraph, and/or maybe just presumptuously elbowing my way into it (?) and using it less to claim attendance at the literal event, but more to admit that I, too, have resisted or willfully misunderstood art I wasn’t ready for — art that troubled lines or borders I’d drawn or which had been drawn for me, so invisible they seemed natural.

Maybe that’s part of the gift of an artist in a moment like that — offering us (even those of us who weren’t there) a chance to see those lines for what they are, to imagine more expansively the possibilities for art and for culture and for living.

Also, maybe he just wanted to fuck with us a little bit. 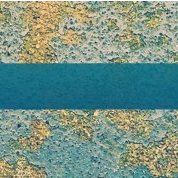 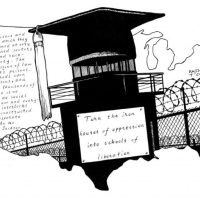